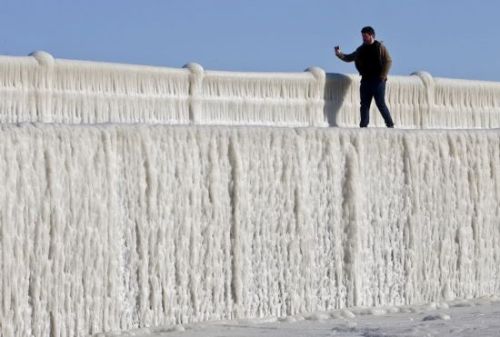 Europe experienced extremely cold weather The European region has recently experienced strong cold air weather, and in some regions, the lowest temperature in 100 years. The lowest temperatures in parts of Central and Eastern Europe, such as Ukraine, Poland, Romania, and Serbia, have fallen below minus 30 degrees Celsius. Over the past week or so, more than 200 people have been killed in the cold in Europe.

The â€œone-time effectâ€ has brought business opportunities to Zhejiang merchants. The extremely cold weather has had a very serious impact on the peopleâ€™s lives. Many countries have suffered from traffic and transportation, and the tourism retail industry has been affected. Various cold-proof products and snow removal tools were sold out in supermarkets.

The â€œone-time effectâ€ in the economics circle means that when the temperature changes by 1Â°C, the sales volume of goods will change greatly. Meteorological environmental experts concluded that 65% of sales in circulation enterprises depend on the weather, because the weather directly affects people's physiology and psychology and dictates their consumer behavior. The temperature difference of 1Â°C or the increase or decrease of precipitation by 1mm reflects the significant changes in passenger flow and sales volume.

The northern hemisphere's butterfly shakes its wings and may trigger a warm current in the southern hemisphere. Although the cold has not spread to the south of the Yangtze River, business opportunities have come. The demand for winter clothes and various warming supplies has soared. Many foreign trade companies in Zhejiang have received e-mails, and foreigners have requested that winter clothes should be shipped in an expedited manner and increase orders.

Lao Wang is an employee of Zhejiang Maolong Home Textiles Co., Ltd. down production workshop. He originally intended to come out of Sichuan after the Lantern Festival. However, on February 1 he received a notice from the company asking him to return to the factory as soon as possible. His travel expenses can be reimbursed by the company. On February 2, Pharaoh rushed to Shaoxing.

Zhejiang Maolong Home Textiles Co., Ltd. is a company that produces feather and raw materials, duvets, feather pads, and other products. It is currently one of the largest processing plants for down and its products in China. Products are mainly exported to Italy, France, Germany, Spain and other countries. General Manager Mao Fengwei said that as early as the end of January, he received a phone call from an Italian customer requesting the delivery of a batch of 120 tons of down material scheduled for delivery in mid-March to be delivered in February. In order to show sincerity, the other party even first paid $152,000 in advance into Maolong Home Textiles' account.

Hangzhou Xiaoshan area is the main production area of â€‹â€‹Zhejiang down products. Just after the Spring Festival, nearly 100 manufacturers of down products in the local area have all started to develop full-fledged horsepower and stepped up production of down jackets and duvets. Zhejiang Tianxiang Holding Group Co., Ltd. has received more than 10 million U.S. dollars in new orders since the Festival.

In Wenzhou Yongjia and other places, last year was affected by the European debt crisis, some winter clothing manufacturers suffered a single refund, a serious backlog of inventory. In the past two days, European customers demanded large quantities of supply, and many companies have been exporting their winter clothes for months.

Zhejiang Customs has opened up green passages to ensure that the cold and warm products exported to Europe are shipped to Europe as quickly as possible. Customs around Zhejiang have opened up green corridors, simplifying export procedures and increasing efficiency. Shaoxing Customs has set up a special window for cold products such as garments and bedding products exported to Europe from the area, and exempts queuing, priority orders, priority inspection, priority transfer and other methods for export of goods involving cold and frost resistance to ensure that the goods arrive as soon as possible. Europe. Hangzhou Customs simplifies formalities by means of inspection, release, etc., and opens 24-hour customs clearance services for cold-resistant and antifreeze goods.